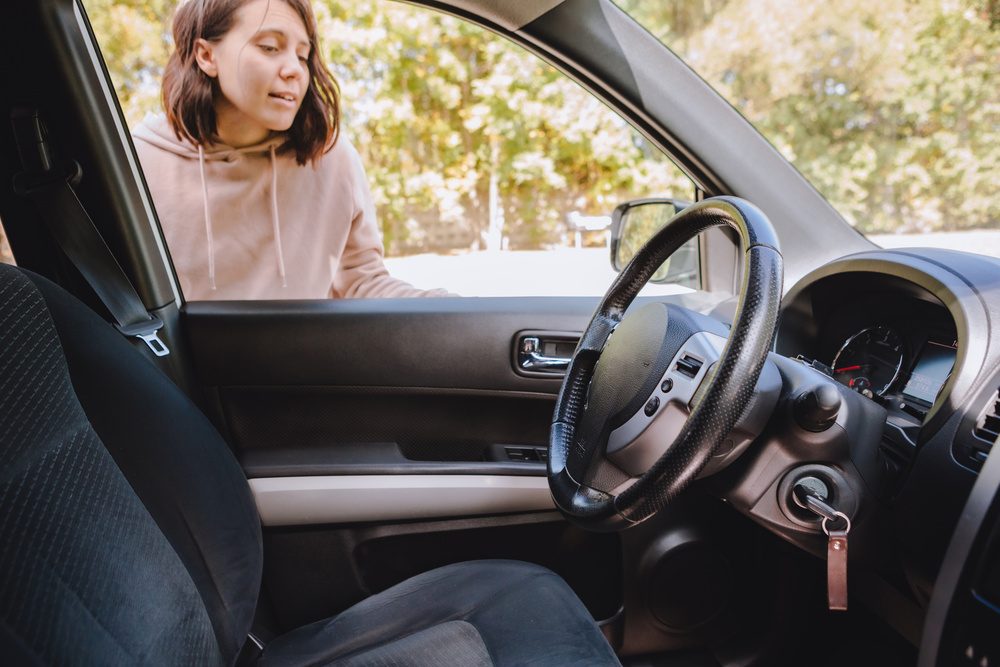 Rushing out the door to work, the car keys aren’t anywhere to be found. Finally, someone spots the keys – they’re still in the car, and the doors are locked. Most people have experienced a similar situation at one point or another, if not multiple times, and it usually leads to being late for work or wherever the person is going. Being locked out of the car often requires hiring a locksmith, and it can take a little time for them to arrive. Instead, use the following tips to avoid getting locked out of the car.

Make it a Routine

Getting locked out of the car often happens because keys are an afterthought, and it’s easy to forget the keys after grabbing everything else that needs to be removed from the vehicle. Instead, make it a routine. Say, out loud or in your head, a chant with everything that needs to come out of the car, including the keys. While saying this, make sure the keys (and other items) are in your hand. Routines mean it’s far less likely the keys will end up being forgotten, even if you’re running late or in a hurry.

Keep Them in Your Hands

Have a Hands-Free Option

Sometimes, there’s just a lot to carry in from the car, like when bringing in groceries. In these situations, having a hands-free option is always a good idea. Use a lanyard or hook the keys to a belt loop before exiting the vehicle. Make it a routine to check for the keys and touch them before locking and closing the doors. This prevents the keys from being left in the vehicle but keeps them out of the way, so it’s possible to get all the groceries in one trip.

Always Lock From Outside

Whether the keys are in hand or a hands-free option is needed, never lock the doors from inside the vehicle. It’s tempting to push the button on the way out to lock the doors, but if the keys are accidentally left inside, they will be locked in. In older vehicles, step out of the car, check for the keys, and then press the button and close the door. In newer cars, make it a habit to always use the key fob outside of the vehicle to lock the doors and make sure it beeps.

Make a Copy of the Key

Having a spare key on hand in case they’re locked in the car can save significant time. Talk to a locksmith about replacement car keys to see what options are available for the vehicle. In some cases, a spare may only unlock the driver’s side door manually and can’t be used to start the car. For others, it may be necessary to purchase a new key fob to keep handy for when it’s needed. Then, find a way to keep the spare where it can be accessed when needed.

Give a Spare to a Friend

A friend or family member who lives nearby may be able to hold onto the spare key. If the keys do get locked in the car, they may be able to arrive faster than a locksmith. Make sure the person holding the spare can be trusted and that they’ll be accessible when needed, but if they are ever unavailable, calling a locksmith is still an option.

Hide a Key on the Vehicle

If the spare key can unlock the car but not be used to start it, it may be possible to hide the key on the outside of the vehicle. Magnetic boxes designed for this purpose can be attached to the bottom of the car to keep them hidden. It’s not a good idea to hide a key that can be used to start the vehicle in these boxes because thieves can find them. When using this type of box, check that it is still in place occasionally, so it’ll be there when needed.

Replace Key Fob Batteries or Get a New Set of Keys

It’s possible to be locked out of the car because the key fob stops working, especially with older key fobs. At some point, they can wear down, or the batteries will die. If the buttons need to be pressed more than once for the vehicle to lock or unlock, the battery is likely dying, or something is wrong with the keys. Try replacing the batteries first, but if that doesn’t solve the issue, have a new set of keys made. This should solve the problem and make it easier to lock and unlock the vehicle.

Faulty locks can happen even on newer vehicles. It may be necessary to take the car to a mechanic if the locks aren’t working correctly and find the cause. For vehicles with key fobs, there could be wiring or a sensor that has gone bad, preventing the lock from working correctly. It also could be that the lock is worn down and no longer working. A locksmith can replace the locks on the car, or a mechanic can diagnose wiring and related issues and fix them quickly.

Don’t end up stranded because the keys are locked in the car again. Instead, follow these tips to prevent the keys from being locked inside, especially when you need to get somewhere in a hurry. However, being locked out can still happen, no matter how careful you are, most of the time. When it does happen, call Action Lock Doc and get help fast.